This engine was designed as an inverter generator only, to be used as a range extender in an all-electric car (or for home use). This engine is a 4 cycle twin cylinder opposed (pistons facing each other) very high efficiency gasoline engine. The SAP acronym stands for: S is starved intake where we have been very successful utilizing a variable very high compression ratio and a variable restricted intake to hold the compression ratio at a constant 10:1 but in a smaller combustion space to acquire an Atkinson effect with fantastic results. The A is for adjustable piston specific location timing where we can fire the combustion chamber when one piston is 20 degrees BTDC and the other piston is 20 degrees ATDC nullifying compression and BTDC firing back pressure losses. The P is for power stroke pulse technology. Because this is a generator only where the engine is never connected to the wheels, we can fire the power stroke at twice the normal speed (pulse), reducing the normal power stroke power robbing quenching effect.

This engine was built specifically for a Nissan Leaf all electric car where the car can obtain 100 MPG equivalent if your house electric cost is around $ .15 per kilowatt hour. The SAP 7000 generator can generate electricity for $.15 per KWH, effectively getting 100 MPG. A normal diesel or inverter generator produces electricity at around $.35 per KWH. (35 MPG). 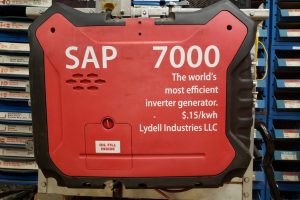 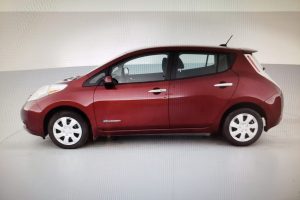 2003: Three-wheeled test vehicle. 5.5 hp. Briggs & Stratton (B&S). Could operate as external spring pulse engine or conventional engine. This was my first attempt at designing and building an engine that allowed a very rapid power stroke by winding up an external spring during the power stroke and then using the momentum of the test vehicle to carry through the other three engine cycles. Result: Confirmed power pulse theory, 17% better mileage. 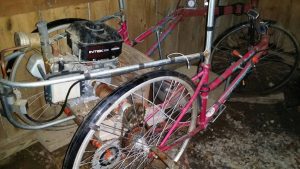 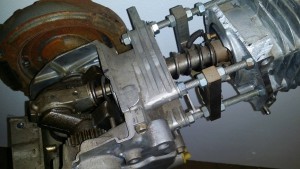 2005: 5.5hp B&S and a Stover “piston in a piston” air spring pulse engines. Result: Not the best outcome prototype engines but learned a lot. Near disaster for the Stover prototype when it fell off the test stand while it was running. 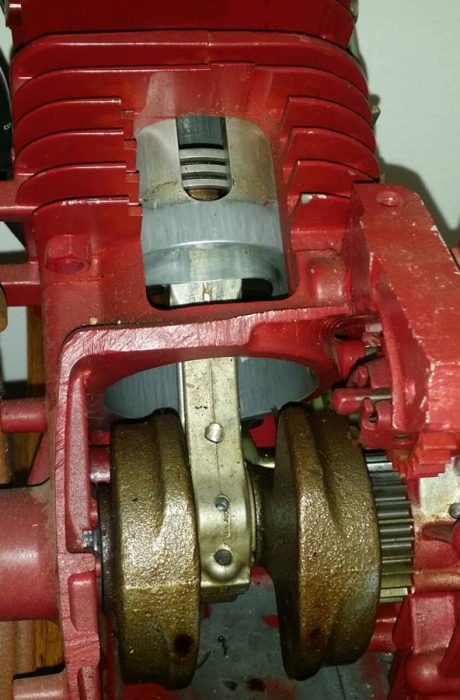 2006: Honda 13hp open crankcase engine, with a 4 lobe cam in place of a crankshaft, spring return. As with all my cam engines, all 4 strokes in one revolution. Slow intake, normal speed compression, quick power stroke and normal speed exhaust. Result: 4.5 cc/hp/min. We’re on to something. 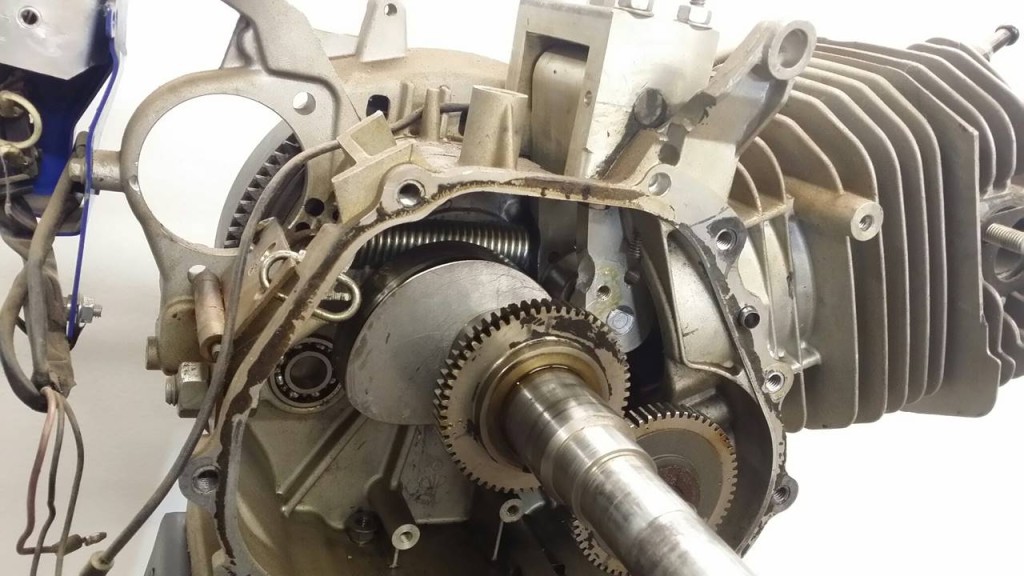 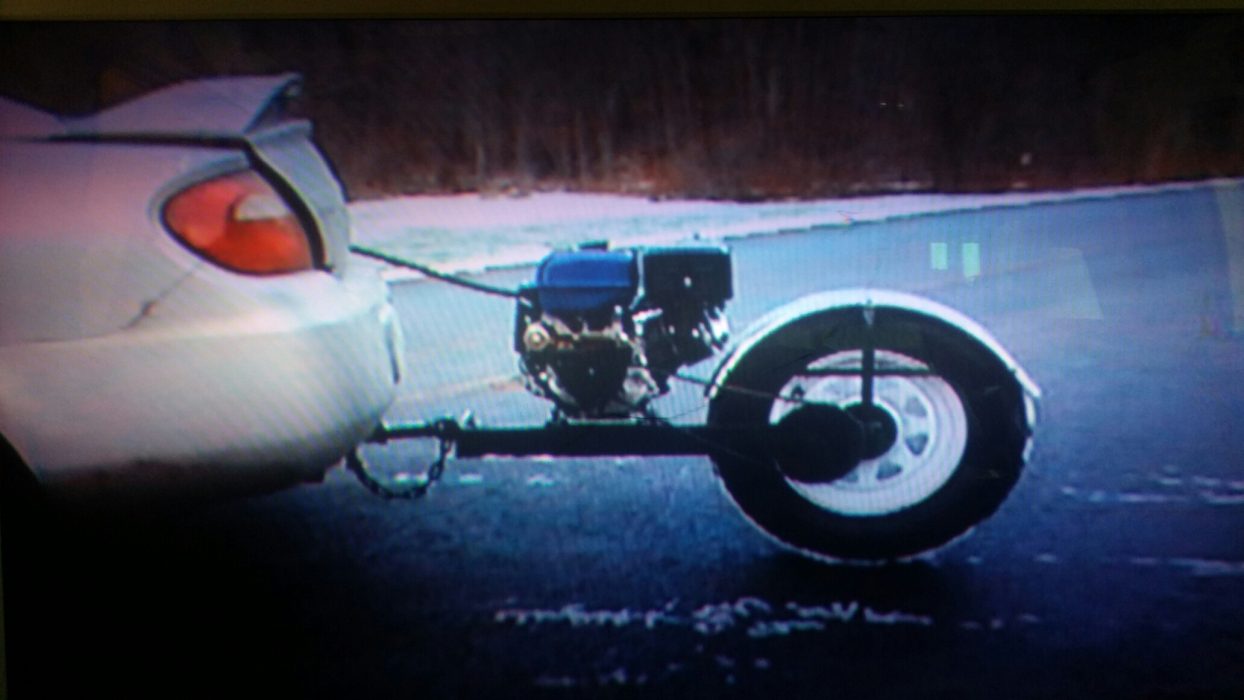 2007: A Ford piston, 4 valve overhead cam head and cam crankshaft installed on an antique Stover engine. Result: Used this engine for many tests. 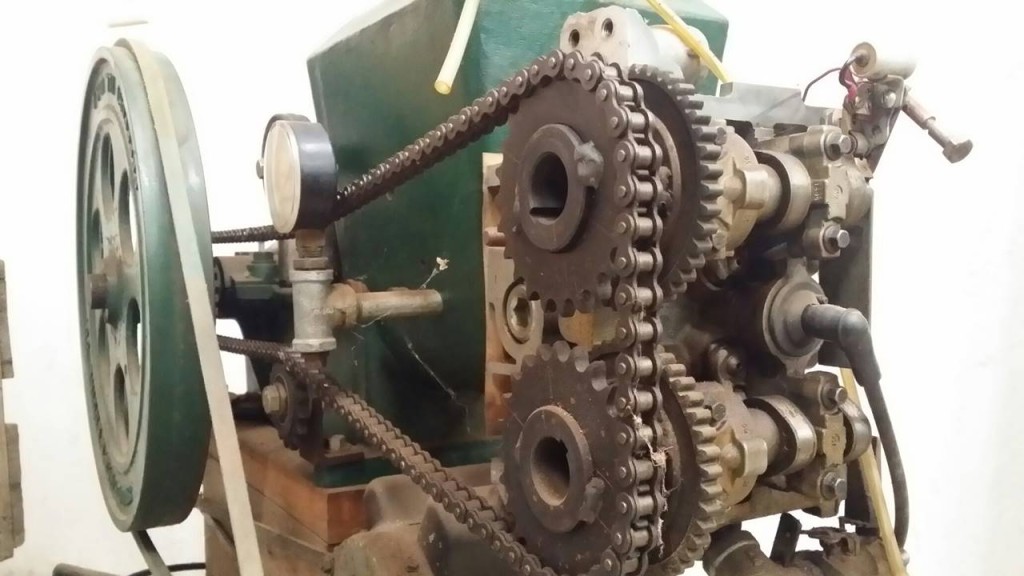 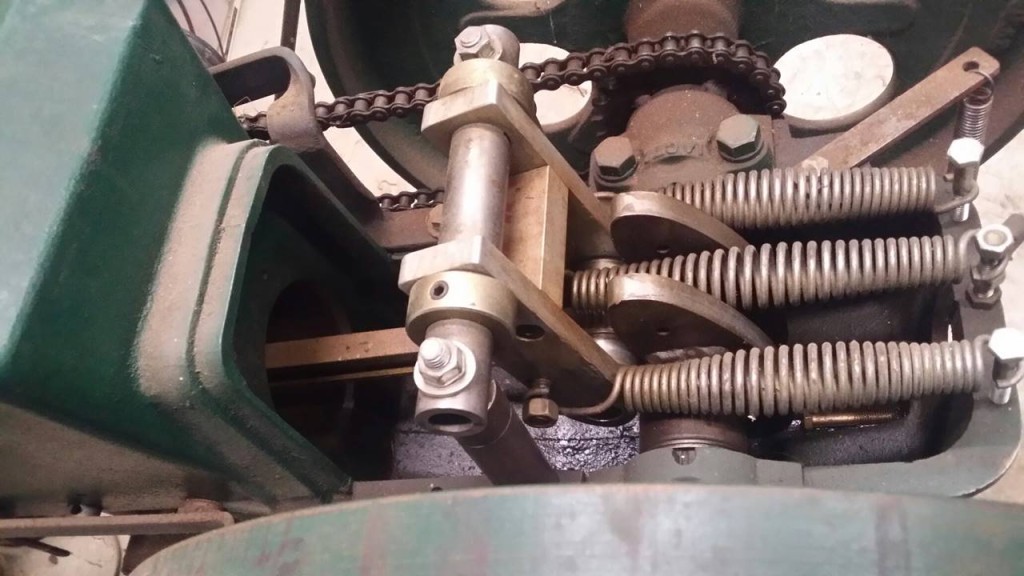 2008: Purchased 80hp electric 1993 Ford Ranger from a local city to be used as test mule for X-Prize contest. Added a 24hp Honda gas engine and 10kw generator for hybrid. Result: Drove back and forth to work; 54mpg equivalent. The aerodynamic pickup box cover made no difference on mileage. 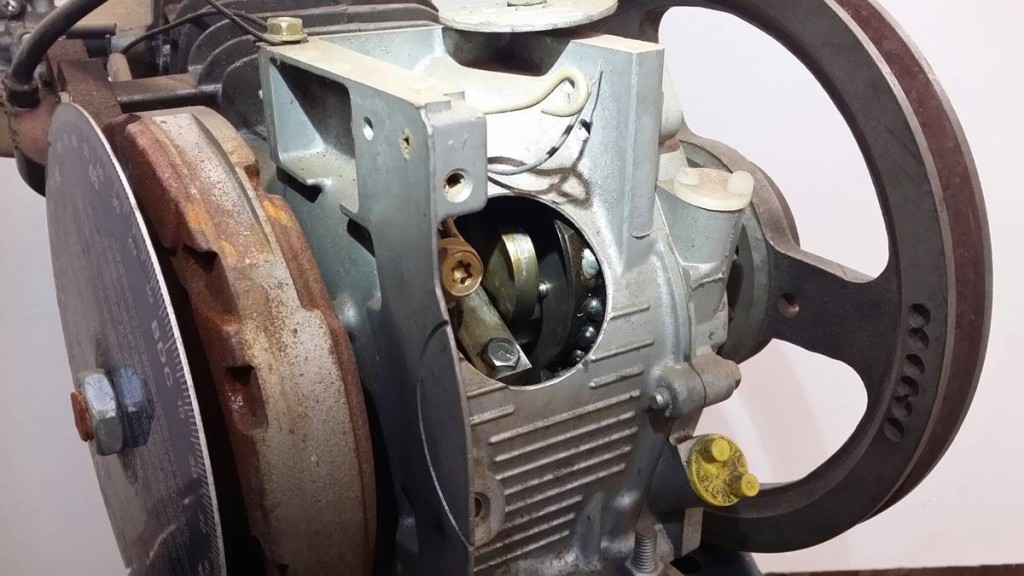 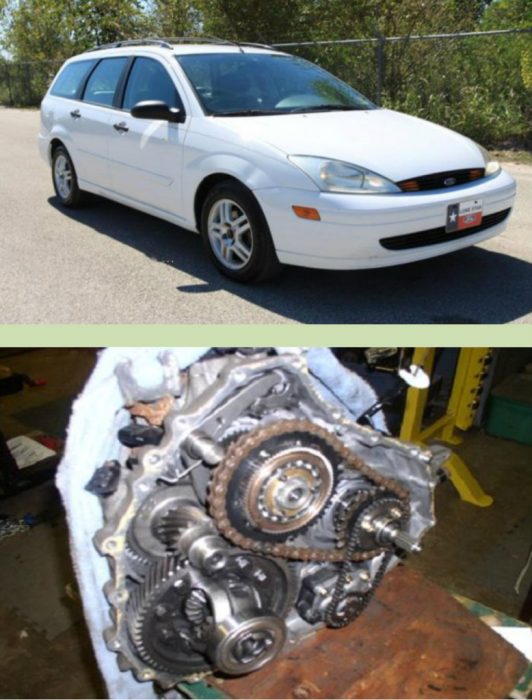 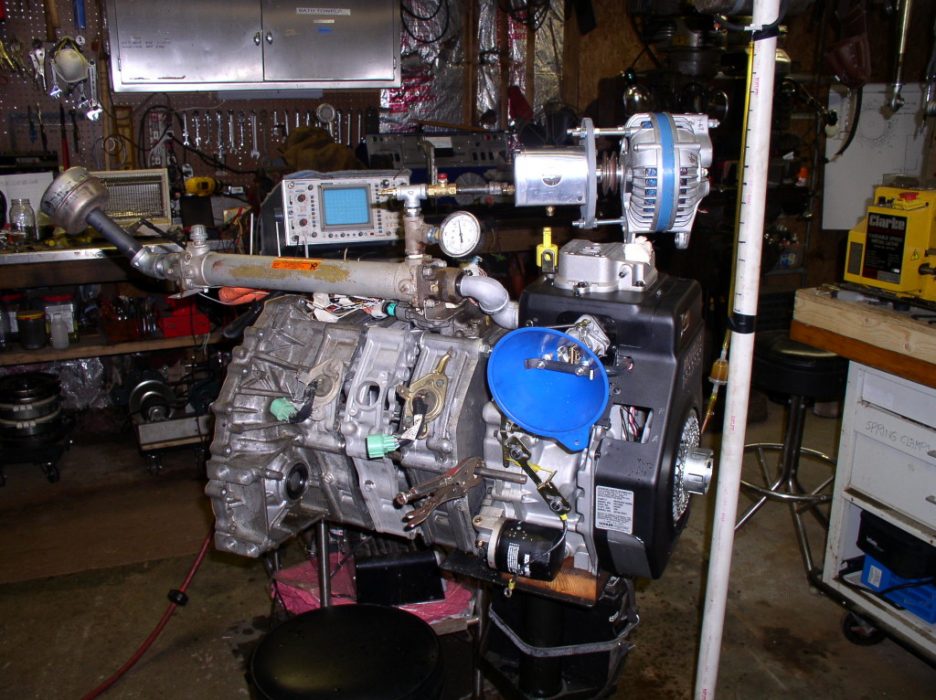 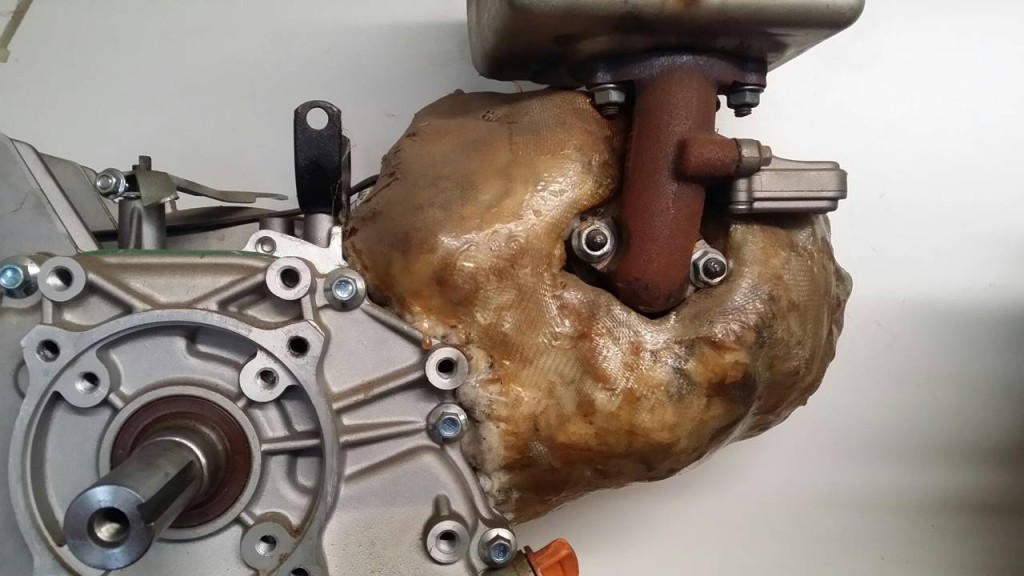 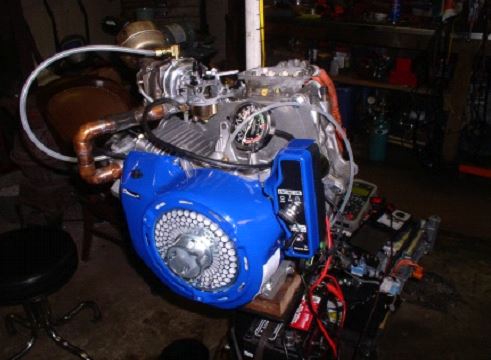 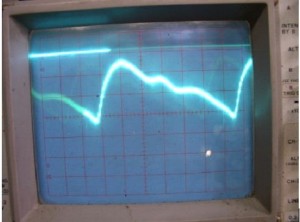 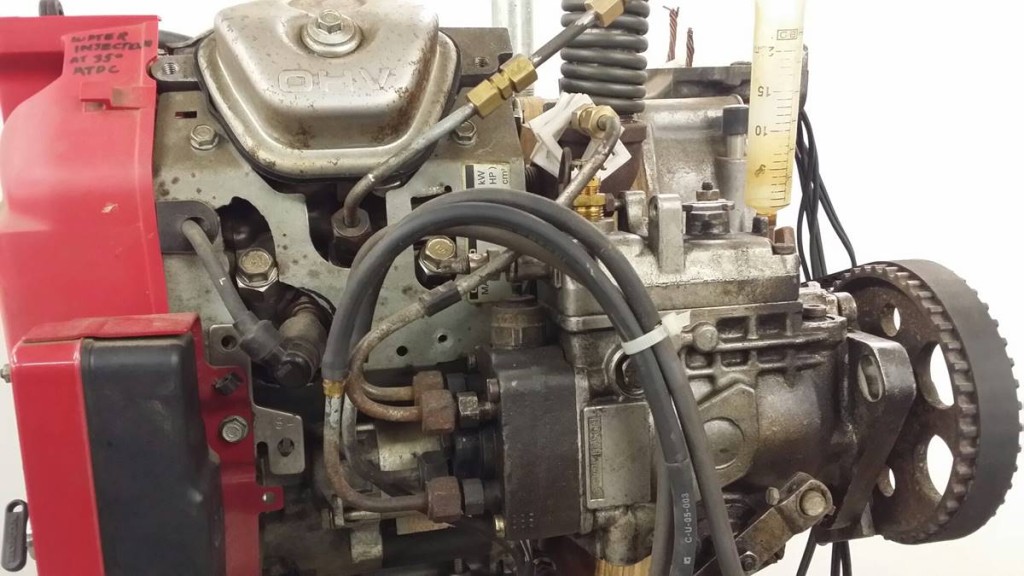 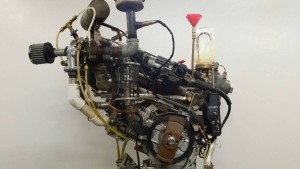 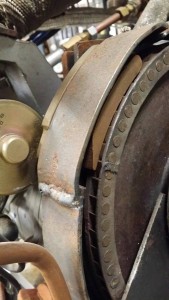 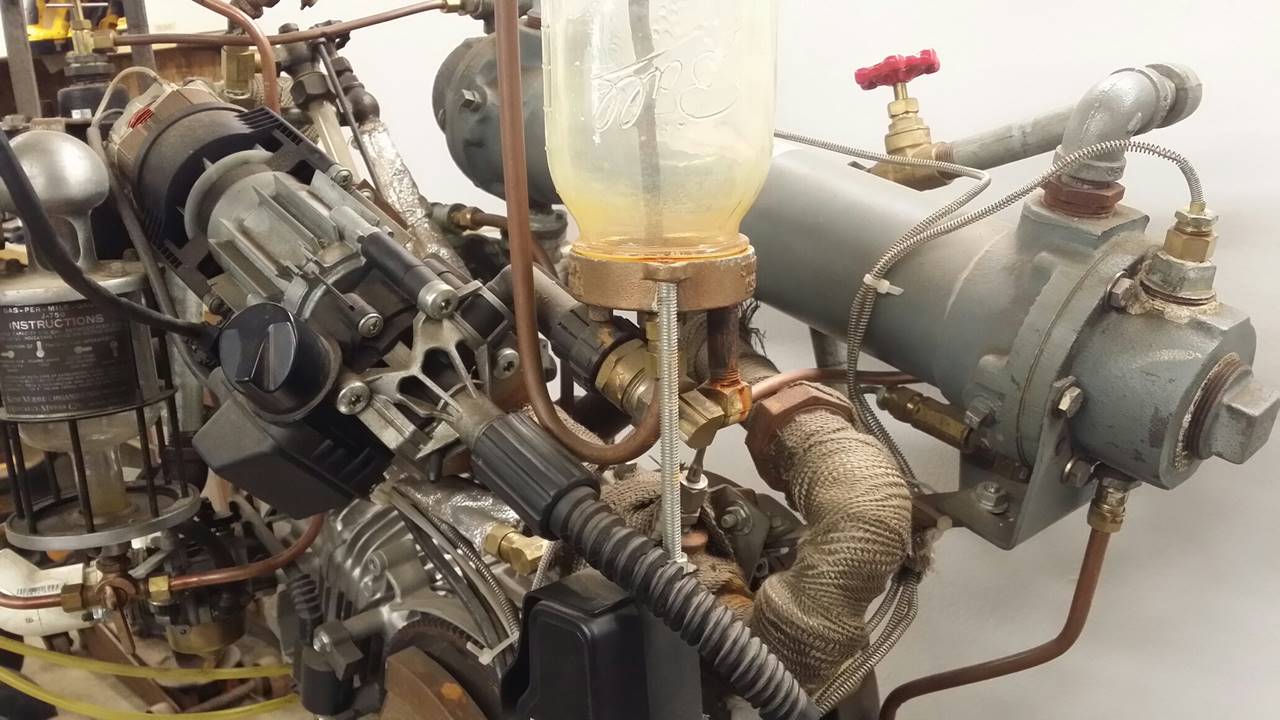 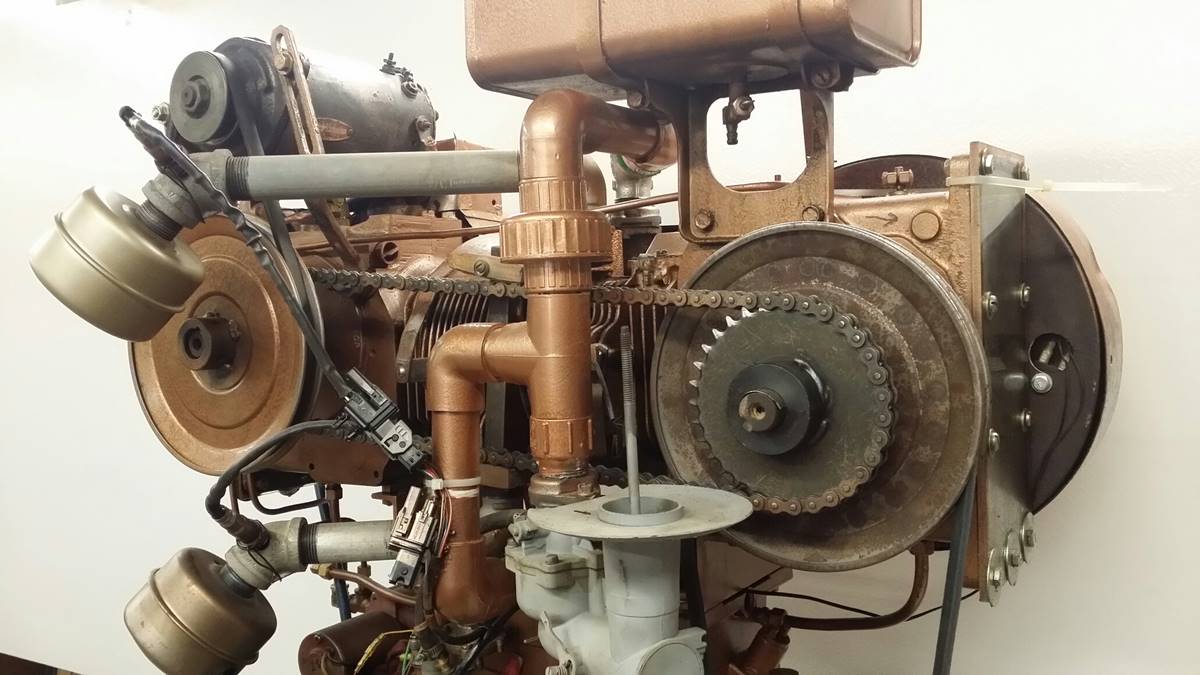 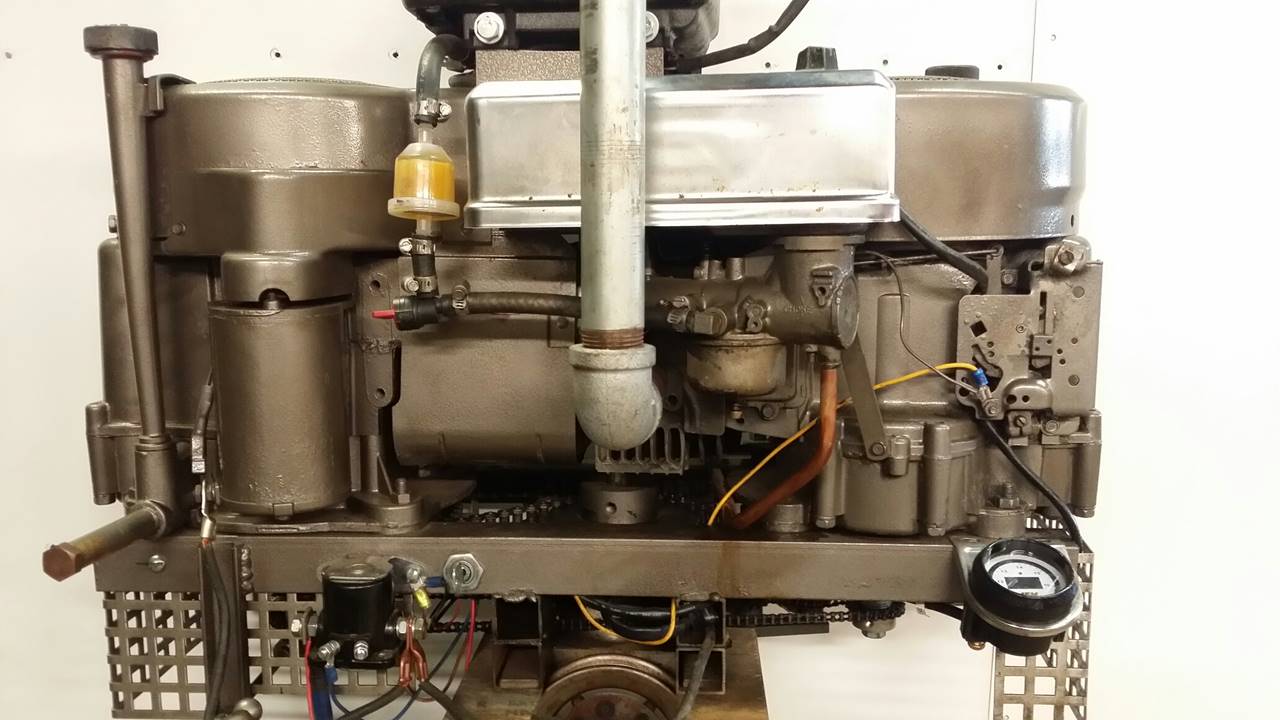 2017: Fitting the “twin12” and an 85hp electric motor/generator with a Curtis controller into our newest test car, a Dodge Neon. Returned 91 miles per gallon on a three pass tests. 2017 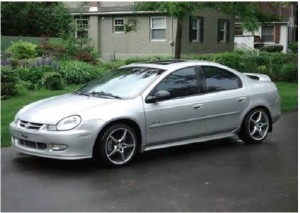 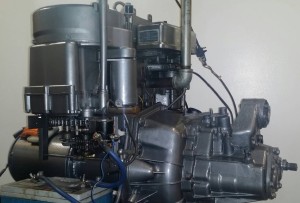 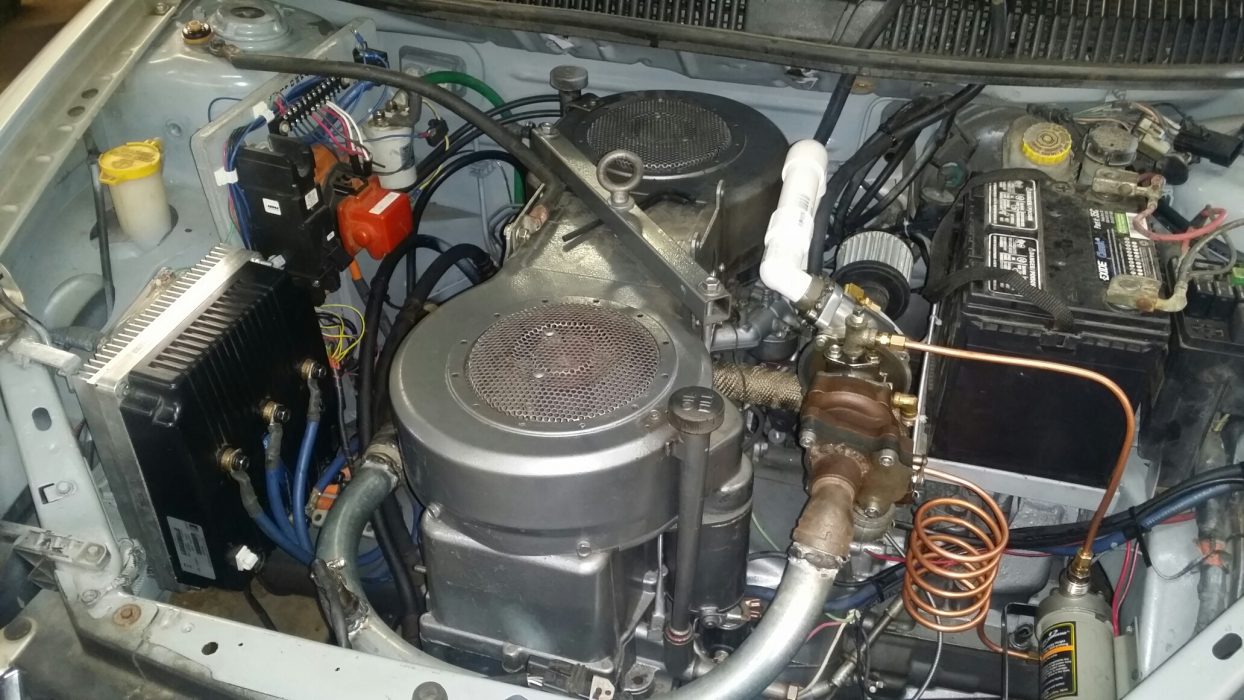 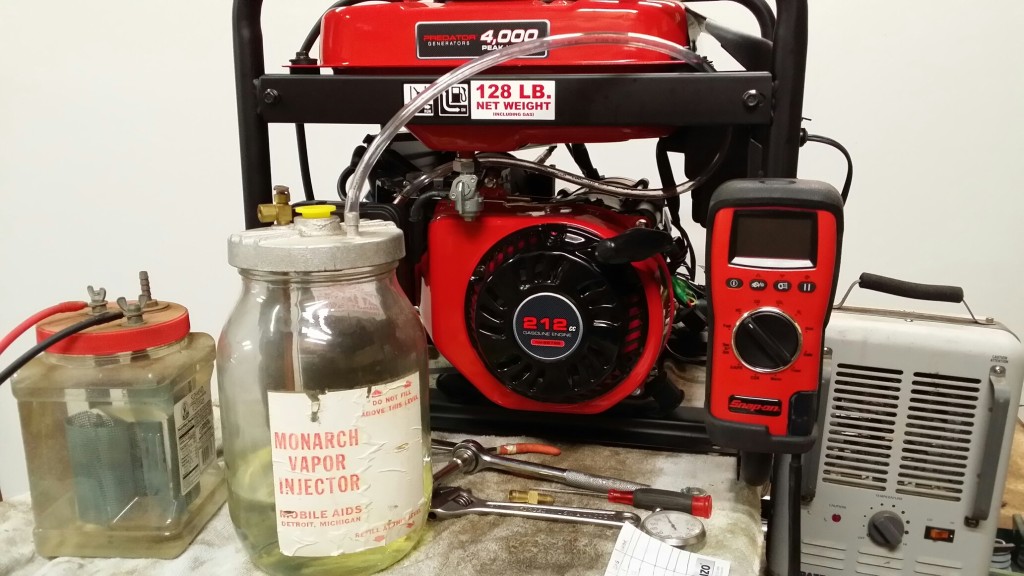 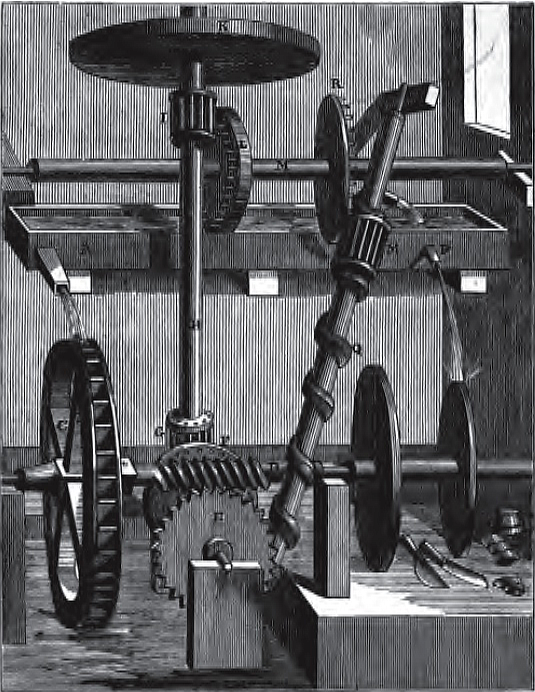 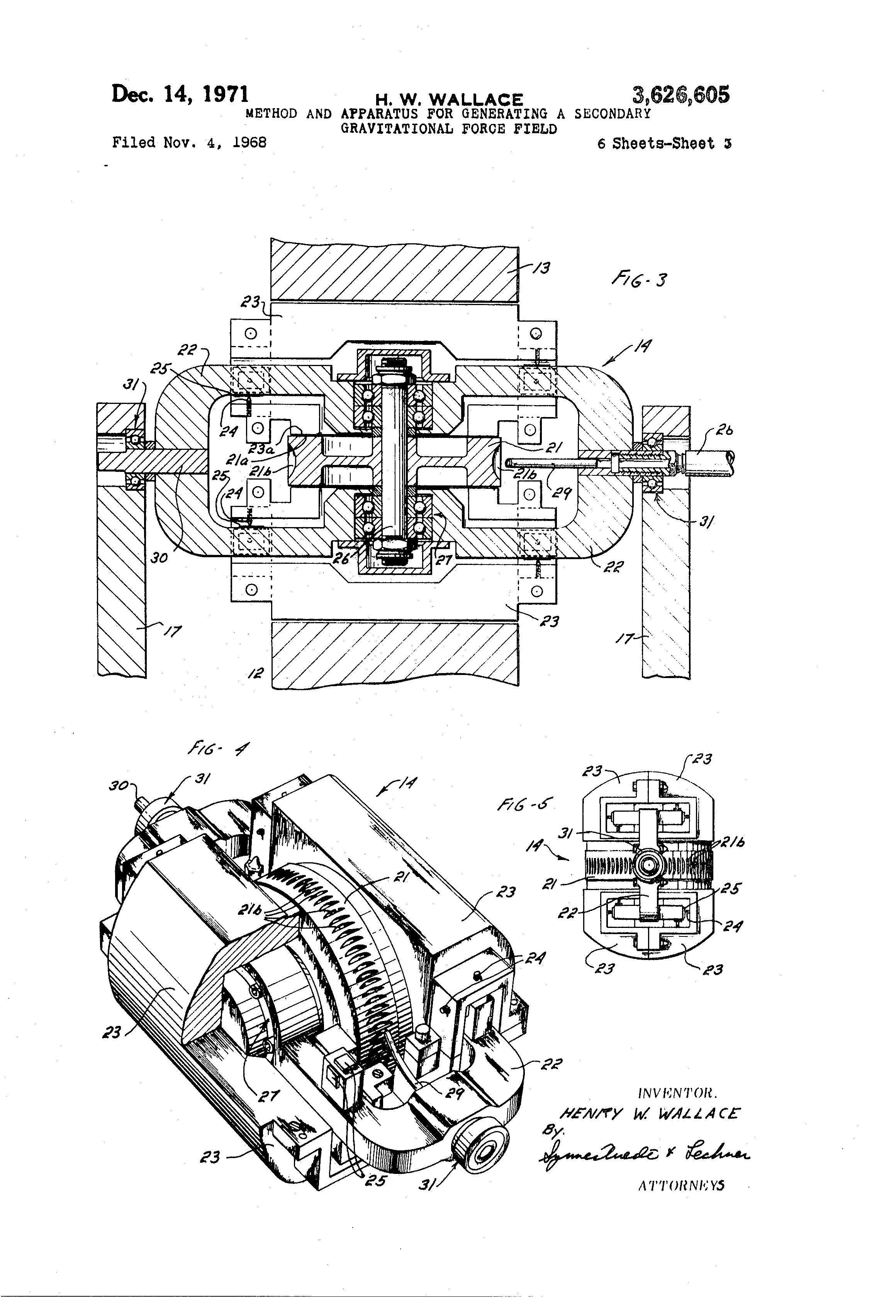